Amongst the Slovenian indigenous breeds of domestic animals, the Carniolan bee is geographically most widely distributed, for it is bred on all continents. In Europe, the following four breeds of bees are mainly known: (1) the Italian (A. mellifera ligustica), which was originally distributed largely on the Apennine Peninsula, (2) the Caucasian (A. m. caucasica) in the region of Caucasus, (3) the Black (A. m. mellifera), which was originally distributed in some parts of central, western and northern Europe, and (4) the Carniolan or Grey bee (A. m. carnica), its original home being the territory of Slovenia as well as neighbouring Carinthia and countries east to Romania and Bulgaria. The Carniolan bee's chitinous abdominal rings are dark, with light grey to yellowish hairs. Amongst the European breeds, it is the greyest (hence the name Grey). Economically most important in world apiculture are the Carniolan and the Italian bees. 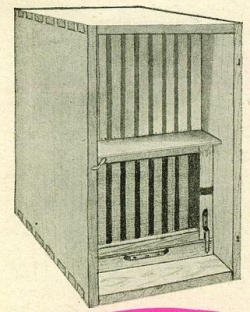 And why is the Carniolan so highly esteemed by the beekeepers? It is known for its great gathering zeal and therefore high honey production. As it is not aggressive, it is easier to work with than with other breeds. Bee's gentleness is today a very important quality, for many raise bees in the vicinity of their homes, in settlements where aggressive bees could cause much trouble. The Carniolan is also known for its resistance to illnesses. It overwinters in relatively small families, while the spring development is very tumultuous, which is why such families can take advantage of early pasture. Its only fault today could be its excessive swarming. In the past, this very characteristic used to be in fact appreciated by beekeepers, for with swarming they wished to get as many families as possible, which they eventually led to the main pasture, to feed on buckwheat, which begins to bloom as late as in August.

Our forefathers raised the Carniolan bee and were very successful in doing so. Much about this deeply rooted activity was written by some older writers, including J.V. Valvasor (1641-1693) and J. A. Scopoli (1723-1788). It was raised particularly by the clergy, teachers and country people; there was always a small beehive next to the farm building and the garden. Among the beekeepers, however, there were individuals who strived for a progress in their activity. A true patron and "grand beekeeper" in the 18th century was Peter Pavel Glavar (1721-1784), who invested much personal effort and money in the progress of beekeeping. In his times, a beekeeper also lived whose name was heard far over the boundaries of Carniola as well. This was Anton Janša (1734-1773), born at Breznica in the Gorenjska region, who by order of Empress Maria Theresa became the first Austro-Hungarian teacher of beekeeping. In spite of the fact that he died only when 39 years old, he left some very deep traces with his teaching and knowledge.

The first to spread the news about the Carniolan as of a special breed was baron E. Rothschütz (1836-1909; also called Ravenegg and Rožič) from Podsmreka near Višnja Gora. In 1857 he published, in the journal Bienenzeitung from Eichstedt, the article "Aus Unterkrain" (From Dolenjska), where he presented the bee of this region, referring to it as to "krainische", i.e. Carniolan. The news soon caused certain responses, including a violent opposition: namely, baron Berlepsch, an undisputed German beekeeping authority of that time, triggered off a great interest in the Carniolan simply by his negative attitude towards it and his unfounded attacks on it, for the fact is that he did not know it at all. All over Europe , beekeepers began to take a great interest in this bee, and after the initial success Rothschütz received countless orders for the bee. And they were more than satisfied with what they received from him. In about 1863, Morbitzer, a priest from Moravia and the man who had already tested the Carniolan, turned the attention of the Moravian Beekeeping Society to this breed. Dr. Ziwanski from Brno recommended a commercial bee centre to be founded at Podsmreka near Višnja Gora, which in fact soon took place. In the very first three years of its existence, at least 3,000 families and queens were sent all over the world. More than 100,000 beehives with bees were despatched (SBL III,1960-1971: 143). A basis for such successful trading was the beehive called "kranyich", a quite simple and suitable box for piling up in stacks and for transportation. 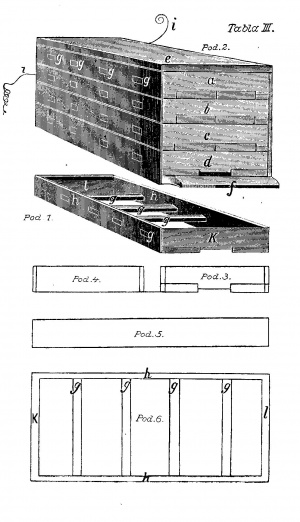 Much interest in the Carniolan bee was soon paid also by foreign experts engaged in the bees' systematics. In 1879, Pollmann published the booklet entitled "The value of various breeds of bees and their varieties, assessed on the estimations by renowned beekeepers" (Werth der verschiedenen Bienenracen und deren Varietäten, bestimt durch Urtheile namhafter Bienenzüchter). In it he dealt with the Carniolan as well, referring to it for the first time with its scientific name Apis mellifica carnica as well as with its German name Die krainische Biene or Die krainer Biene. During its presentation he listed various contemporary beekeeping experts and their opinion about it, which was - virtually without exception - commendatory. He further stated that the nicest Carniolans were being supplied by baron von Rothschüt.

Rothschütz was the first exporter of the Carniolan, and he was soon followed by many others, including Mihael Ambrožič (1846-1904) from Mojstrana, who opted for a bee trade on a truly large scale. He exported them practically across the entire world; one consignment even to Vladivostok . Between 1872 and 1904, he sent out almost 40,000 hives with bees (F. Rojina, Slovenski čebelar, 1904: 123) and, according to some data, even 74,343 "kranyichs" and queens (Z. Koplan, pers. comm.).

Most important for the promotion of the Carniolan bee was also the journal Slovenska čebela (The Slovenian Bee), which began to be published in 1873. Parallely, the journal Die Krainische Biene, with the texts in German, was also published under the editorship of Rothschütz himself.

Very important in the argumentation that the Carniolan bee is a Slovenian breed is the fact that till 1879, when Pollmann described it as Carniolan, the Slovene merchants exported thousands of hives with bee families. Still later on, prior to World War I, all the merchants trading with the Carniolan were on the southern side of the Karavanke Mts., i.e. in the territory of Carniola . And it is largely owing to them that the bee became famous all over the world and that it was given a scientific name.

Although the Carniolan is by far the most important bee in our country, it has been often threatened by foreign breeds imported into the country from abroad by some beekeepers. This is why the efforts to protect and to preserve the Carniolan are quite old. One of the most implicit demands for its protection was published in 1920 in the Spomenica (Memorandum) by the Sector for the Conservation of Nature and its Monuments functioning within the Slovenian Museal Society. In it we can read: "The Carniolan should also be protected as a monument of nature, until a new legislation on bees is published, which is to satisfy the needs for the protection of this breed. Through centuries, a special breed of Apis mellifica L., which has permanent key characteristic and clearly excels and differs from all local breeds, has been developed in the Carniola and in the neighbouring part of Carinthia . From the natural history and national economic points of view it is of vital necessity that the Carniolan breed is preserved. It is not endangered by the possibility that beekeeping will be abandoned but simply by the likelihood that it will mix with other breeds and thus lose its specific qualities due to which it excels. This is why import of live bees and queens to places where the Carniolan is native should be prohibited. As the Slovenian breed propagates most quickly, there is no need for import of other bees, even if beekeeping expands a great deal." So much in 1920!

The demand stated in the Spomenica was fulfilled much later on. Legislation on stockbreeding (Official Gazette, No. 18/2002) states, in Article 70, that "for the purpose of protecting the existence of the indigenous Carniolan bee, no raising and traffic with genealogical material of other breeds of bees are allowed in the territory of Slovenia ." Implementation of this decree will be to a great extent based on the beekeepers' honesty and awareness building, for its control is hardly feasible. We can thus only hope that some irresponsible individuals will not carry on with bringing queens of foreign breeds or hybrids into the country, hoping for a more successful beekeeping. Namely, such behaviour results in the fact that apart from genetic pollution of the Carniolan bee its increasingly greater aggressiveness is also noted, which is in total contrast to the contemporary selection trends to raise as gentle bees as possible. And the Carniolan this certainly is. 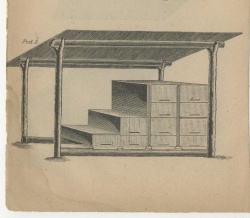